Kinect Sports is the best selling game on kinect, with good reason too. It’s accuracy in Table Tennis was outstanding, track and field was fun aswell. Although they’re my personal favourite, the response was pretty good for them all. It’s sequel has the lessons learnt.

There are different sports others prefer, but I believe the sports leave alot to be desired. I’m sure there is people who always wanted Darts, but I wouldn’t. (More on darts later) American football should work well but the fact you have 4 downs to get all the rather than 10 yards and cant defend, or even catch kicks makes it seem lacking. Theres also baseball, which is probably the worst adaptation on the game, it seems like it tries to match wii sports and then adds running. Running only happens on certain hits, and works well. Theres the occasional slide what wasn’t meant to happen, but keeps you in. The pitching is strong every so often, but it has poor patches. Many homers have been scored by kinect picking up the wrong pitch and doing their favourite kind of ball.

Skiing is a strong addition and picks up movements well, compared to the appalling Motionsports version. It just doesn’t grab me much. Theres tennis, which is strong and ridiculously accurate 90% of the time. It’s one of the only games with challenges. It doesn’t have hawk-eye and instead it’s a replay. There’s also the fact that when you win a challenge, you don’t get it back like professionals do. You also don’t win the point if it’s right. You are essentially punished for being right. Golf works great, the voice commands make it easier and controls are simple (put hand like your looking into the distance, and to look in to the distance etc.) but works well.
But the main sport I play is darts. The presentation is clean, you can move left and right to view the board differently. The controls make it easy to score, but hard to master. I play most nights and still haven’t got a 180. The suggestions help when checking out. The one thing I have to say it seems too easy to get bullseye. It’s the easiest way to checkout. I don’t know how kinect works on this one because it is to track the whole arm, and with one poor movement you could lose the match.

Kinect Sports Season 2 tries to implement voice control but it doesn’t work all that well, it heard me say “ready, hike”, and some clubs. Shouting commands to your team in American Football isn’t the most fun you win have. This game had big shoes to fill and it gets on close to filling them, but too many things are frustrating. No defence, occasional pitching errors and no reason to carry on playing some after winning all 3 difficulties. It has got fun graphics, great accuracy on golf and darts, voice controls what could be patched to work and good presentation on menus and every sport.
This game isn’t hard to recommend if you know what you’re getting. The shortage of kinect games will help this gme thrive.
Kinect Sports Season 2 gets a 8 from me.

On the 18th of October and the 21st of October. Batman Arkham City will be available to a variety of people throughout the world. Many people are asking themselves how it will end, but we here at Gamers Inquest have got that one covered.

The game ends when Batman goes into a room where Joker is holding Talia Al Gaul. Whilst Joker is talking Talia stabs Joker with a sword, whilst Batman and Talia are speaking Talia gets shot in the head. We then see the joker again, Joker then tells us that the Joker that Talia just killed way actually Clayface. You then have a 10-20 minute boss battle with Clayface before watching the final scene.

Batman has been holding something that Joker wants, something that he needs, The Cure. Batman then smashes the cure, Joker then sadly dies doing what he loves, Laughing. Batman picks up the body and walks him out of the City past Catwoman, Harley, Commissioner Gordan and places Joker’s body on a police car.

This is an incredibly sad ending which could outrage or annoy fans of this popular villian.

But what strikes me most is. Arkham 3 without the Joker?

Hey Fallout Fans! I have been checking the interwebs for news about any Fallout: New Vegas updates or info about the upcoming DLC and we have a bit of news on both fronts.

First the Fallout Wiki is reporting the exsistence of an official promotional banner for the Honest Hearts DLC on XBox live. To see it for yourself search for Fallout: New Vegas on the Game Marketplace and select the Fallout: New Vegas Teaser Trailer (HD). The banner will show up in the top right corner. The image of a man with bandage covering his nose and mouth is most likely Joshua Graham also known as the Burned Man.

The second thing is a massive patch will be coming to the PC on Monday and the consoles soon according to a post from Jason Bergman.  The patch will not only will improve the stability of the game, but also adds balance tweaks to many of the weapons the in the game. When I say ‘many’ I mean A TON of weapons!

Check out the weapson tweaks:

I just hope this patch comes to PS3 and XBox 360 very soon!

Capcom has just released another trailer for the much acclaimed title Resident Evil: Operation Raccoon City.For those of you who do not know, Resident Evil: Operation Raccoon City will be releasing for the PC, PS3, and Xbox 360 later this year (TBA). The game is set during the early outbreaks of Resident Evil 2 and 3. You play as the Umbrella Security Service trying to limit the outbreak and cover-up any evidence that Umbrella was behind any of the situation.

Things have been a little quiet in the Wasteland up until yesterday when a report of a leaked trailer on YouTube for  the “Honest Hearts” FONV DLC appeared on the Fallout Wiki. While there is no evidence of a trailer ever being linked on YouTube, the site Duck and Cover managed to get it’s hands on some very very very tiny jpeg screenshots supposedly from Honest Hearts. We get a glimpse of the logo and a few scenes.

MTV’s multiplayer blog is also reporting that there will be a Bethesda Sponsored media event this week in Utah which seems significant because of the rumors that Honest Hearts will involve the city of New Canaan in Utah. So the speculation seems to be pointing to some kind of announcement happening this week or hopefully very soon.

We don’t have much more infomation at this time, and once we get a more official statement we’ll report it here!

Everyone should remember Duke Nukem Forever’s past involving 3D Realms; the studio’s failure to produce anything of value for the game quickly made it into gamer lore, being the brunt of many jokes. Well when Gearbox Software picked up the title, they promised that the game would actually finally be finished. Duke Nukem Forever was set to be released on May 3rd with an international release on May 6th, but in an ironic twist of fate the famous vaporware game will be delayed yet again. This is the official video the studio has released:

As you can see, the game is now scheduled to be released on June 10th internationally with a June 14th North America release. While the studio seems confident of their new release date and there haven’t been any rumors of the scandals we witnessed with 3D Realms, one can’t help but wonder if the curse of Duke Nukem Forever has been passed on to Gearbox Software. Is this the unmakable game? Hopefully not.

Finally we get our first look at gameplay in the upcoming Batman: Arkham City. We have some looks at some of the new villians, Two-Face and Catwoman and the return of a few familiar faces. The trailer comes courtesy of IGN, and it really looks awesome.

In a related story found on G4TV, the games campaign mode will take you only 8hrs to complete. Rocksteady’s Dax Ginn says, “I can tell you that our QA guys, who are ninjas and obviously know everything in the game, can do just the core story missions, nothing else, in about eight hours, just straight-lining.” So really it’s the guys who designed the game and they aren’t doing any side missions or trying for other trophies in the game. I’m guessing we can at least double that time for the average player.

Rocksteady is saying there will be additional features that will make Arkham City replayable. “In terms of replayability or filling out a single-player story with additional features, there are more announcements that we’re going to make, which I think will solve that problem,” Dax Ginn told CVG.

My guess, is multiple endings or other choices that effect the outcome of the game. What do you think? 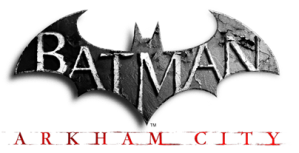 For a while we’ve heard that the sequel to Batman: Arkham Asylum, Arkham City would come out some time in the Fall of 2011. We now know that the official release date in North America will be October 18, in Australia October 19 and in Europe and other global territories starting on October 21. The game will release for PlayStation 3, Xbox 360 and PC on these dates.

Currently you can pre-order the game on Amazon.com and through GameStop. Whether there will be any pre-order bonuses is unknown at this point. It’s interesting they are only promoting a pre-sale through Amazon or GameStop on the official web site for the game.